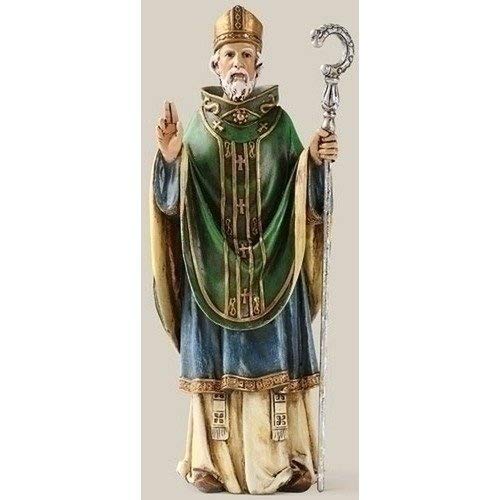 This is a small marble resin statue of Saint Patrick. Saint Patrick was a Christian missionary and later bishop in Ireland. This important figure in Irish history lived during the second half of the 5th century.

Because Patrick lived during the first 1000 years of Christianity, he was never actually canonized by a pope. During his time, holy people were celebrated as saints by decree of local or regional churches.

According to legend, Saint Patrick used the three-leafed shamrock to teach people about Christianity's Holy Trinity. This is why shamrocks are associated with St. Patrick's Day.

We celebrate St. Patrick's Day on March 17th, the traditional date of the saint's death. This small resin statue of Saint Patrick is a perfect memento of the holy Irish symbol. The full color statue is made from marble resin and stands six inches tall. 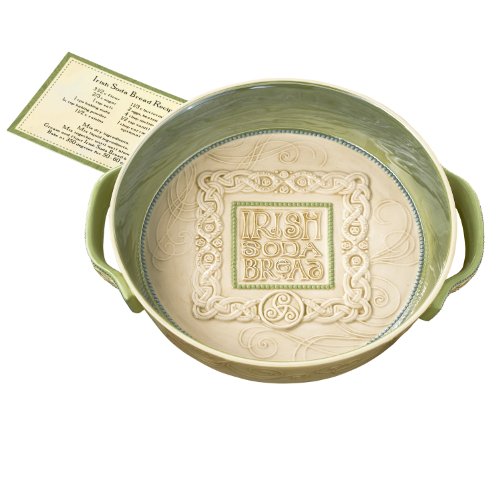 This is a beautiful ceramic baking dish designed for baking Irish soda bread. The decorated bakeware has an ivory and light green color scheme and the inside has a relief design that includes the slogan "Irish Soda Bread" and a Celtic knot style border. The round baking... 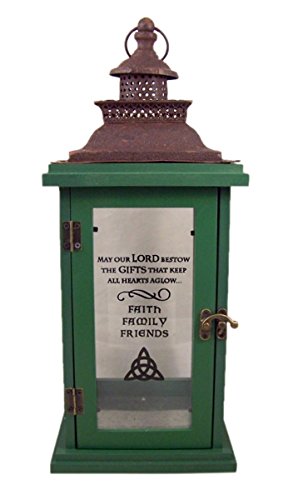 Get this pretty accent Irish Celtic Faith Lantern to add to your Irish themed room or as a housewarming gift for a friend with Irish heritage. This cute decorative piece is made of painted wood with a rustic metal top and frosted glass panels. One side of the...

365 Things To Love About Being Irish 2021 Desk Calendar 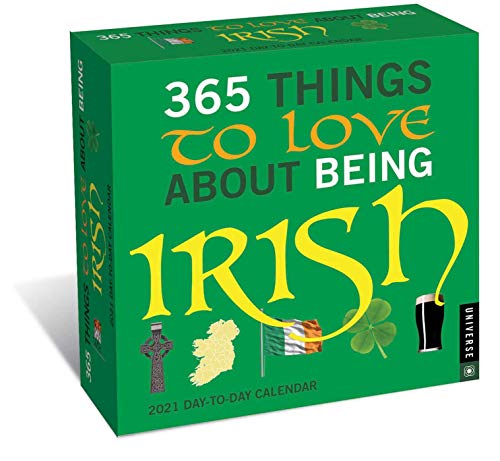 This Irish pride page-a-day calendar is a perfect gift idea for anyone who is proud or her or his Irish heritage or ancestry. The calendar offers a daily reminder of what it means to be Irish, with an emphasis on Irish-American pride. Each day's calendar page (Saturday and... 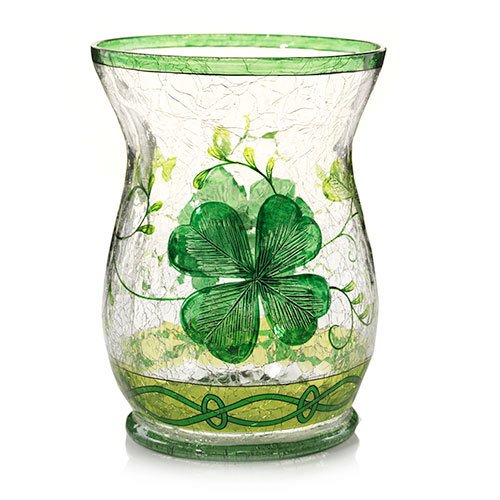 This is a beautiful glass votive candle holder from Yankee Candle with a pretty Irish color scheme and pattern. The clear crackle glass is decorated with four leaf clovers and green trim.

This site contains affiliate links to products. If you purchase something from a link posted on this site, we may receive a small percentage of the sale at no extra cost to you. St. Patrick's Day Supplies is a participant in the Amazon Services LLC Associates Program, an affiliate advertising program designed to provide a means for sites to earn advertising fees by advertising and linking to Amazon.com.